March is National Women’s History Month. I believe I was born a strong, independent woman and I can only say “I’m sorry” so many times to my mama, another strong woman, who raised me this way. I might be the reason for the gray hairs. We get 31 days to learn about all of the amazing women, like my mother and grandmother, who came before us and paved the way for the work we do today in the movement of domestic violence and sexual assault. 2017 saw such a large increase in the numbers of victims of both domestic violence and sexual assault who are being believed when they report the atrocities committed against them. All I can say is “FINALLY!” , but we have such a long way to go.

It’s not hard to turn on the television, open the newspaper, or log on to social media to see what is going on in the world. But right here in Chippewa, Luce, and Mackinac Counties, we have our own women to thank and be grateful for, for their hard work and sacrifices, and for their commitment to our clients and our communities. These strong women, many of whom will never make the history books, are the backbone of our communities and deserve a parade in their honor.

If I didn’t start with our own namesake, I would be remiss. Diane Peppler was an amazing and dedicated female attorney. In 1977, she moved to Sault Ste. Marie and opened her law office. During the course of doing business and attending community meetings, she and a group of likeminded individuals, knew that the problems of domestic violence in Chippewa County could not go unanswered any longer. They knew women needed a place of safety and support in order to feel safe again. They started by assisting victims with one night stays at the Ojibway Ramada in 1979 until funding could be found. The year 1979 was also the year Diane was joined by her brother, Brian (some of you may know him), as a partner in their law firm. He talked of Diane tirelessly working on finding locations and “dragging” him around to see places. Diane wrote and applied for the articles of incorporation and the 501c3 status and the Domestic Violence Center of the EUP was born. Diane wrote and received the first grant ever for this type of work in Michigan. It was called the LEAA grant, funded by Law Enforcement Assistance Administration. Unfortunately in 1981, Diane was taken in a car accident and the organization was renamed for her amazing spirit. To this day, we hope to honor her with the work we do for our clients.

And of course, no celebration of women in the history of the domestic violence movement would be complete without honoring our very own Doreen Howson. Doreen gave Diane Peppler Resource Center more than 30 years as the executive director, coming on board in 1980. She also engaged in advancing the movement through advocacy on a state level, working with the Michigan Domestic and Sexual Violence Prevention and Treatment Board, now known as the Division of Victim Services. Doreen is always available whenever I need her expertise, an ear, or to have her cheer on our victories. We would not be where we are today without her guidance and presence every day.

It’s because of these pioneers that we have a place where other women can be valued in the workplace, can be supported in their times of strife, and can be strong, independent, and capable. Because of the support we received with our grants, we have our first attorney working for our clients (who happens to be a woman). We are blessed to work with many professional females in the course of our duties, whether they are our peers at the Sault Ste. Marie Tribe of Chippewa Indians Advocacy Resource Center and Bay Mills Indian Community, in law enforcement, at the hospitals, or in the prosecuting attorney’s offices. We have strong women who sit on the benches in our district as magistrates or judges. We have the support of our colleagues at the Women In Business meetings. And we have the strong women who sit on our board of directors: Mindy, Francene, Leanne, Ellen, Erica, Emily, and Jan. 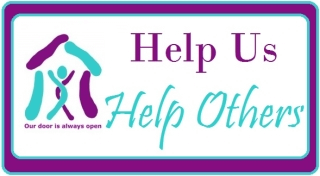 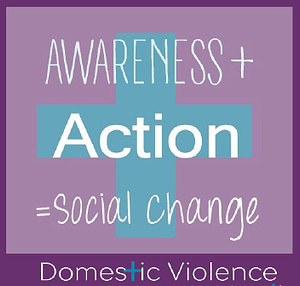 Hi, thanks for visiting our site.

Please note the escape bar to your left,  if at anytime you need to close our site (Your abuser walks into room), click on it or hit your escape key and the site will close!

If you are a member of our community and wish to volunteer, donate,  or need more information on how to  help  victims, please check out the the information on our site, call or contact us.

Join Us in saying ENOUGH!